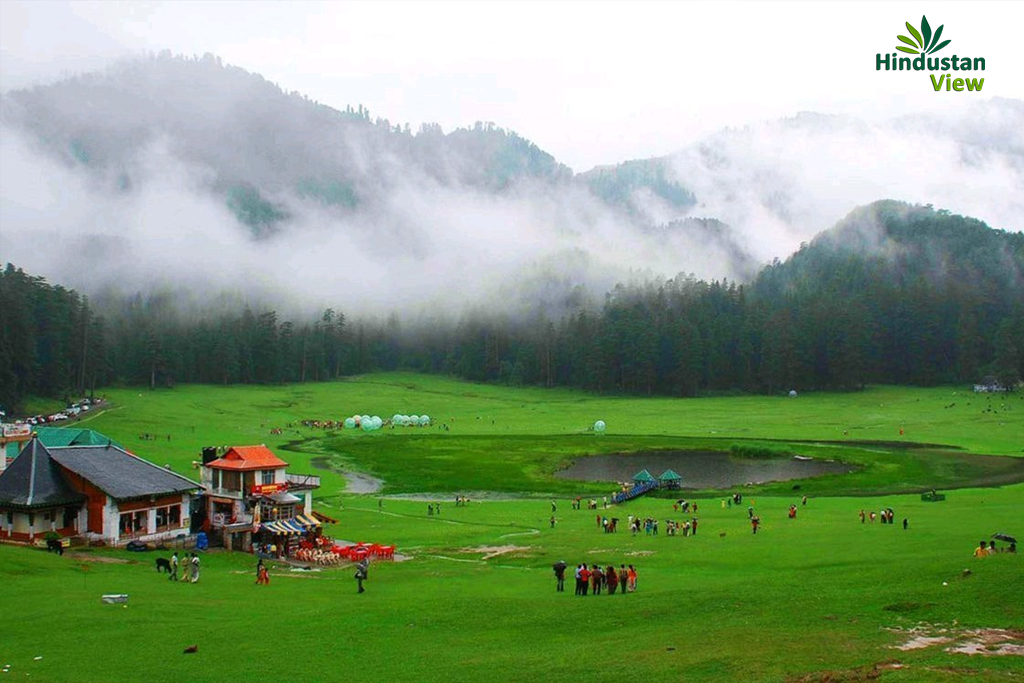 Dalhousie A beautiful and serene time forgotten hill station in Himachal Pradesh spread across 5 hills, Dalhousie is a Honeymoon destination in Himachal Pradesh. Dalhousie is named after the British Governor-General of the 19th century, Lord Dalhousie. Dalhousie is a gateway to the ancient Chamba Hill State, now Chamba District of the Himachal Pradesh, India. Standing tall on five major hills namely Kathlog, Patreon, Tehra (also known as Moti Tibba), Bakrota, and Balun in western Himachal Pradesh, Many people visit this remote hill-station of North India because it is less commercialized. Dalhousie can be termed as a perfect stress-buster for all those who look forward to a holiday away from the noisy city life. When you are here, you would not mind walking into the forested slopes or the quaint streets if you have the company of gorgeous landscapes, Dalhousie is known for its scenic beauty has a number of mountains and river streams that tourists must visit. Among them, the most famous are Panch Pulla, Satdhara Falls, and the Daikund peak.

Dalhousie offers options for food that differs in style, elements, and genres. While you can enjoy typical North-Indian food, as well as some Continental and Chinese snacks in their freshest, most lip-smacking forms at minimal prices at the local Dhabas, you can also indulge in global cuisines at a number of restaurants as well as the eateries attached to the hotels and resorts. You would also find a certain prominence of fruits here as the fruits are quite fresh and cheap in the area. One can relish Italian, Tibetan, Mughlai, South Indian platters here as well as a few instances of local Himachali food. Himachali cuisine is very simple as it mainly centers around Chapati, Dal, Vegetable gravy, and Curd, and their many versions. Pickles are typically served along with a meal in most of the eating joints here. It is a toy-town in the mountains with a past that translates into sprawling bungalows and charming cottages reminiscent of European villages.