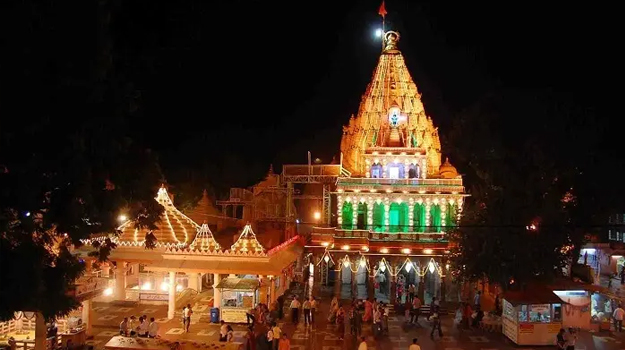 Mahakaleshwar Temple is an important and sacred abode of “Lord Shiva” Its difficult to say when did the Mahakala temple first come into existence, however, the event may be assigned to the Prehistoric period, One of the 12 Jyotirlingas in India, the lingam at the Mahakala is believed to be swayambhu (born of itself) deriving currents of power shakti) from within itself as against the other images and lingams which are ritually established and invested with mantra-shakti. the charming and well-decorated damsels added a lot to the aesthetic “beauty” of the temple.

A contemporary Mahakala encryption testifies the fact that during the later eleventh century, and early twelfth century the Mahakala temple was rebuilt during the reign of Udayaditya and Naravarman. It was built in the Bhumja style of architecture. Bhasm aarti is one of the major attractions of the temple, The best time to visit the Mahakaleshwar Temple is during the festival of Mahashivratri that falls between the months of February and March. On this day, the temple resonates with the sacred chants of Lord Shiva. The Mahakaleshwar temple is said to be located in the ancient city of Ujjain, a well-known pilgrimage center in Madhya Pradesh.