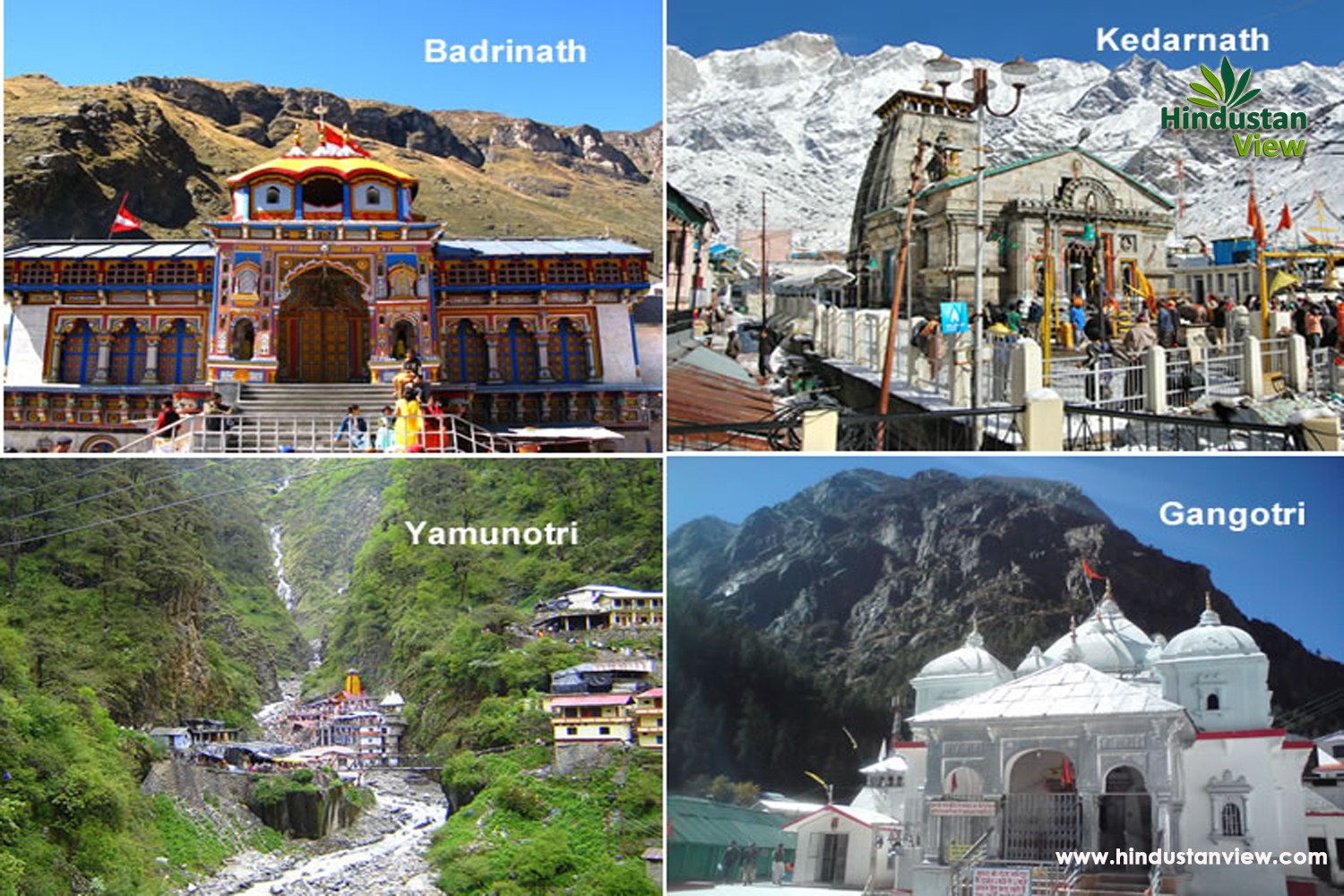 Yamunotri Temple: The seat of Goddess Yamuna and the source of Yamuna River, the attraction of the Yamunotri temple is located on the bank of the Yamuna river of the Uttarkashi district in the Garhwal Division of Uttarakhand, Temple was devoted to Goddess Yamuna with a black marble idol of the Goddess it was constructed for the first time by Amar Singh Thapa in 18th-century.

Gangotri Temple: The seat of Goddess Ganga, the original temple was built 18th-century by Amar Sing Thapa who was the senior commander of the Nepal Army, Aarti dedicates to Ganga inside the temple as well as on the river of the bank.