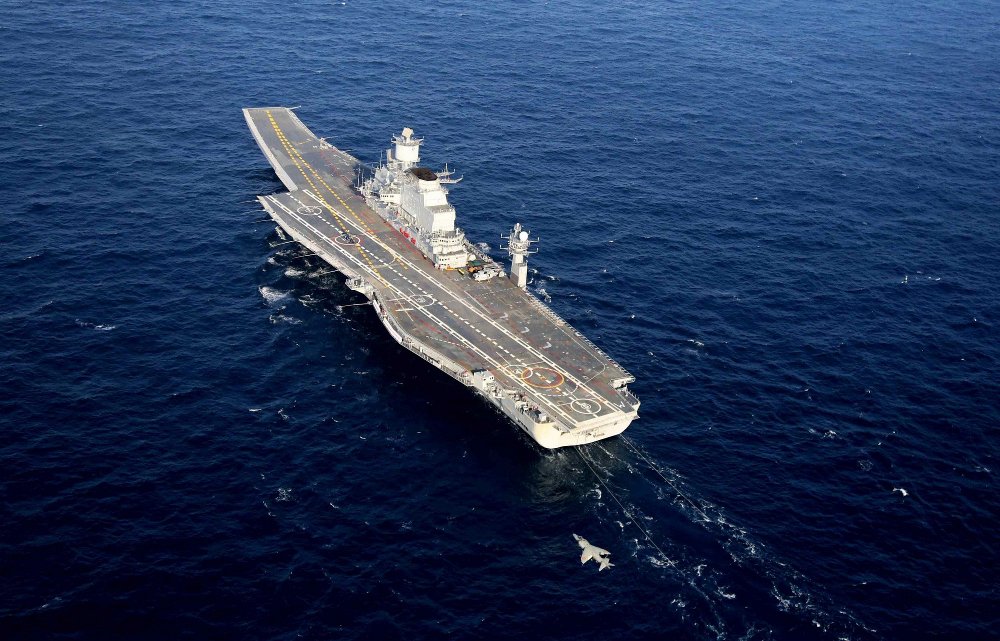 INS Vikrant commissioned aircraft carrier is set to be the seventh largest among the carriers or carrier classes in the world to be built in India at 262 meters long and 62 meters wide, with housing state-of-the-art automation features with a displacement of 43,000 tones when fully loaded,

INS Vikrant built at a cost of INR 20,000 crore which can have 30 aircraft on board including MiG-29K fighter jets and helicopters, INS Vikrant is the power generated in it can light up 5,000 houses which is an absolute significant step towards self-reliance in the Indian defence sector. Today India also joins the elite group of nations the United States of America, France, Russia, the United Kingdom and China who are capable of designing and constructing aircraft carriers.

Prime Minister Narendra Modi unveils Indian Navy’s new ensign (nishaan) during the event to mark the commissioning of INS Vikrant in Kochi. the Saint George’s Cross has been removed from the Indian Navy’s new flag. and now features the national emblem with the Tricolor on the upper canton top left corner of flag is national spirit of India’s maritime force.

The Indian Navy’s new insignia consists of the Indian national emblem with the national motto Satyamev Jayate engraved in Devanagari script, anchor and Navy’s motto: Shan no Varunaha (Be auspicious unto us oh Varuna) inside a blue octagon. PM also said while inaugurating the new ensign of Indian Navy has been inspired by Maratha Emperor Chhatrapati Shivaji Maharaj who built a credible Naval Fleet that earned grudging admiration from European Navies operating in the region  at the time.