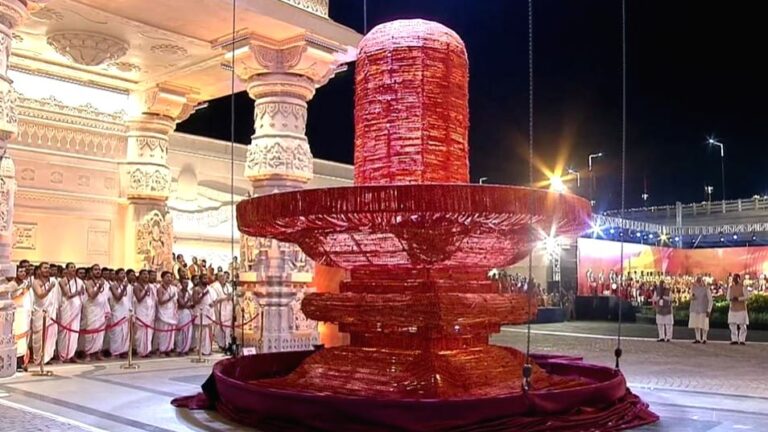 Two majestic gateways are separated by a short distance “Nandi Dwar and Pinaki Dwar” at the starting point of the Mahakal Lok Corridor Ujjain, which winds its way to the temple’s entrance and offers an aesthetic view of the corridor premises.

PM said at the inauguration that feeling blessed after praying here and the glory of Mahakaleshwar restored today. The development of Jyotirlingas is the development of India’s spiritual vibrancy, In order to reach the heights of success it is necessary that India should touches its cultural heights and stands proudly with its identity.

The significance of Mahakaleshwar (South-facing Jyotirlinga)

The Mahakaleshwar Jyotirlinga in Ujjain is among the most eminent of the 12 Jyotirlingas in India is believed to be swayambhu (self-manifested). Mahakal has two meaning in Sanskrit (The Lord of Time and Death). But other 11 Jyotirlingas are believed ritually established with mantra-shakti, as opposed to Mahakaleshwar gets it power (Shakti) from within itself.