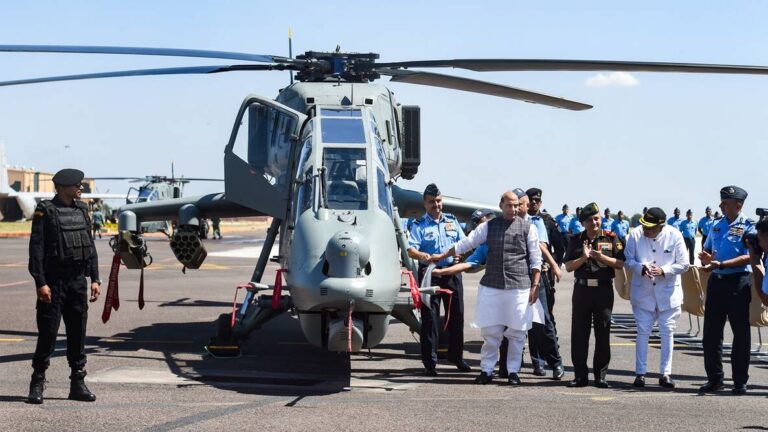 Light Combat Helicopter is manufactured by Hindustan Aeronautics Limited (HAL) its equipped with the requisite agility, round the clock all weather combat capability, extended range, maneuverability and high altitude. LCH can also be deployed in high-altitude bunker-busting operations and counter-insurgency operations. So it would be a potent platform to meet the operational requirements of the Indian Army and Indian Air Force.

CB Ananthakrishnan Chairman and Managing Director of HAL said that LCH is the only attack helicopter in the world which can take off at an altitude of 5000 meters with considerable weapons and fuel load meeting the operational requirement of Indian armed forces. also he added that more than 250 vendors are involved in the manufacturing of components, assemblies, fixtures etc., It has been envisaged through participation of private and public sector partners.

The important features of LCH are: