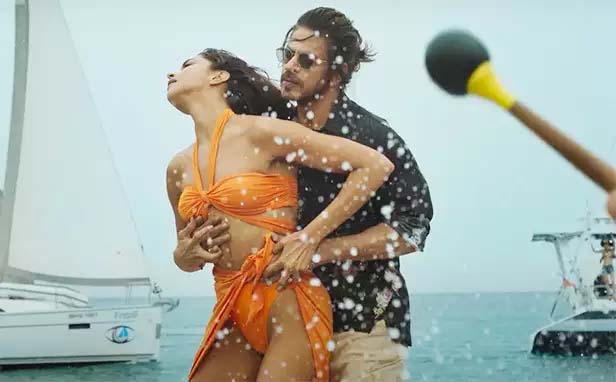 Pathaan Movie Release and Reviews Updates: Shah Rukh Khan returns to the big screen after four years with Pathaan, which is now in theatres across India.

Pathaan Movie’s first song, “Besharam Rang” was released by YRF prior to the trailer, which sparked a lot of controversy due to Deepika Padukone’s costumes in the songs, which had many political outfits made opposing the film’s release.

Pathaan is a film by YRF’s spy universe, which was previously led by Salman Khan’s Tiger and Hrithik Roshan’s Kabir. It is the origin story of ex-army man turned undercover agent Pathaan (Shah Rukh Khan) and his arch nemesis Jim (John Abraham). 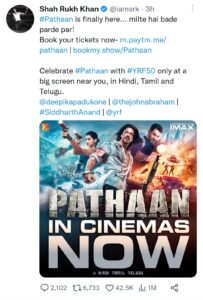 A Pakistani commander wants India to pay for this “error,” and the plot follows India’s withdrawal of article 370 (the special status of Jammu and Kashmir) and how it affects him. He extends an olive branch to the imposing Jim, an ex-RAW agent who was wronged by his own people.

He is joined by his seductive partner Rubai, a former ISI operative played by Deepika Padukone, who has murky motivations. As they cross continents and engage in a risky game of betrayal and retaliation, Pathaan, Jim, and Rubina lock horns and exchange sharp glances. The three compete to obliterate and defend the worlds they hold dear.

Pathaan movie release and reviews: audience reactions to the film have been divided. Many people have expressed disappointment in the tale to the media outside of the theatre.