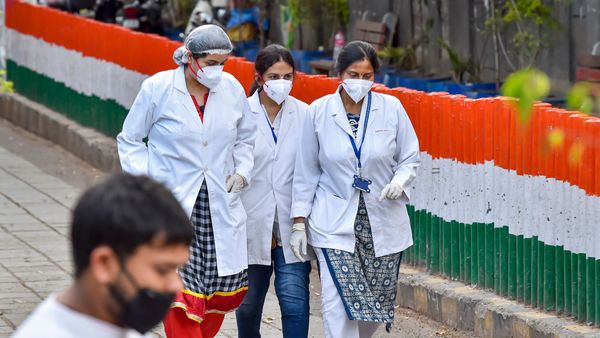 Coronavirus Updates in India: Nizamuddin in the national capital has become threatening to turn the area into the largest Coronavirus hotspot in the country and could spread infections in several states after the recent gathering of as many as 3,500 people at a religious conference. The central and state governments now face the big challenge of tracing and containment as the people at the 13-15 March religious event at Nizamuddin have been exposed to those who have tested positive for COVID-19.

People who gathered to attend the Tablighi Jamaat at Nizamuddin including 850 foreign nationals, stayed at Nizamuddin Markaz after the event, despite a Delhi government prohibitory order on all gathering from 16 March, something that went unnoticed. About 1,746 persons were staying at the Nizamuddin Markaz on 21 March, at least 24 people who took part in the religious congregation, Tablighi Jamaat, have tested positive for the novel coronavirus. Delhi Chief Minister Arvind Kejriwal slammed the organizers for being highly irresponsible on their part to hold such an event at a time when thousands have died across the world due to the Coronavirus pandemic. After evacuating about 1600 people from the Markaz building at Nizamuddin, Delhi Police on Tuesday registered an FIR against Maulana Saad and others of Tablighi Jamaat under sections of Epidemic Disease Act 1897 read with Section 269, 270, 271 and 120-B Indian Penal Code (IPC), Delhi Police said.

According to fresh reports by Joint Secretary, Health Ministry said during a press briefing, at least 24 coronavirus cases and hundreds with the symptoms have been detected after a mosque event took place in Delhi’s Nizamuddin area. Coronavirus updates positive cases reached near 1400 on Tuesday, Out of these, 38 cases are being assigned to states to initiate contact tracing. Out of these positive cases, 49 are foreign nationals. Kerala is the most-affected state in the country with 234 positive cases, and more than 800,000 people infected and killed over 38,540 worldwide.